What Are The Legality And Myths Of Web Scraping? 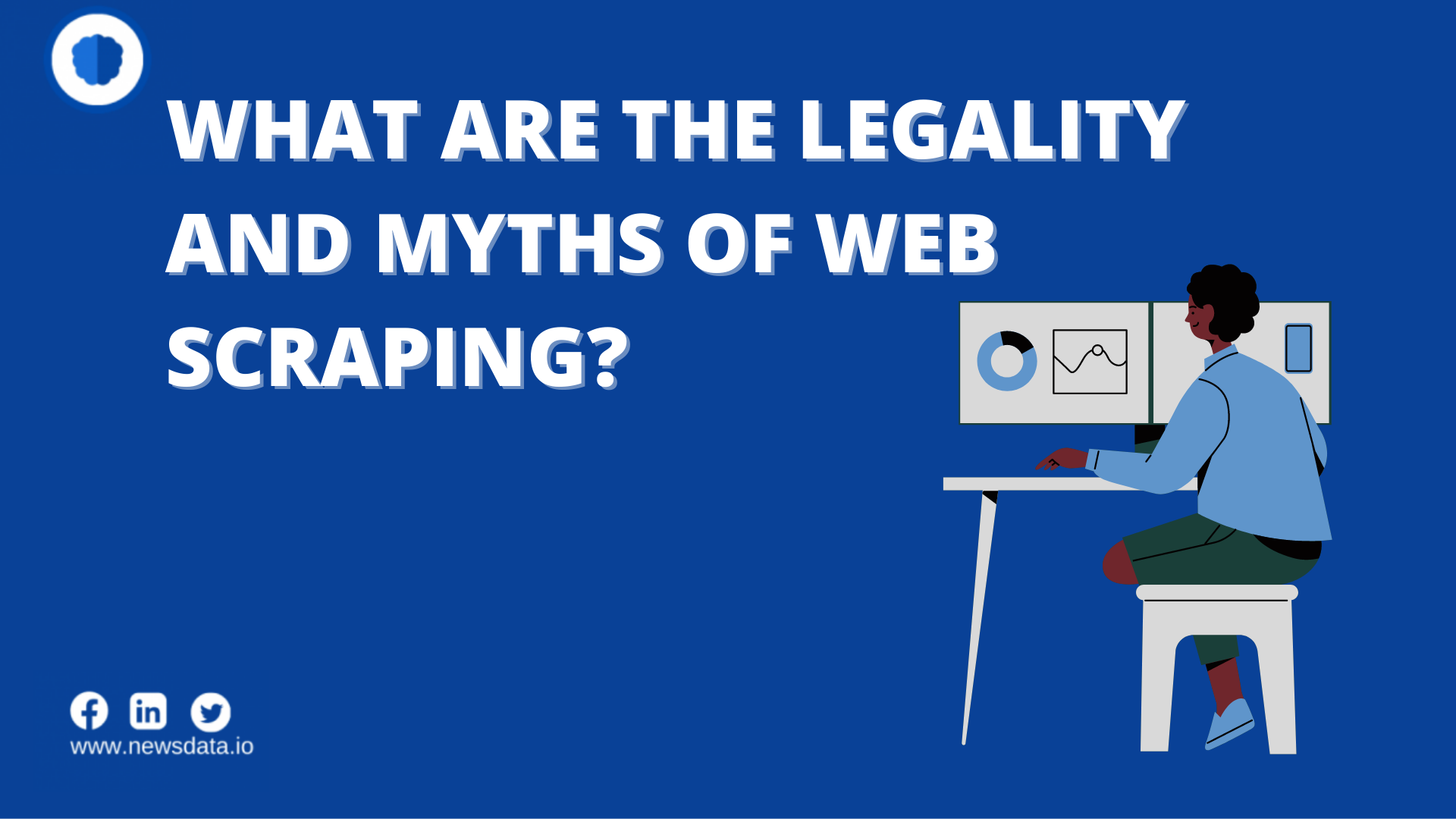 Web scraping that is also called data extraction or data scraping is a method of extracting structured data in a spreadsheet or a database from an unstructured data of HTML format with the help of intelligence automation methods.

Let’s take a dive into the subject to know more about legality and myths of web scraping.

What Are The Myths Related To Web Scraping?

There are some common myths and misconceptions we often hear in most conversations about the scraping or data extraction.

Performing web scraping is not illegal as long as it is not violating the laws and regulations of a particular place. In simple words, it depends on various factors – what ways are you using to obtain the data from the websites? What kind of data are you scraping?  How do you use the extracted data? If you certify that you are not violating the rules of your targeted website, it is not illegal.

Myth 3: You need to be able to code to scrape data from the Web

We are able to perform web scraping even without being a good programmer and can scrape information from the web. Today we have a lot of companies that provide specially developed software to extract useful information from websites as web scraping services or tools. These tools allow users to collect information as per the needs. Among those tools, we have newsdata.io that helps users to extract news data by using its News API. Newsdata.io also gives you a free plan to test the functionality of the tool.

Myth 5: You can scrape any website or web page

Webpages have some rules and standards to prevent a bot from scraping data from the page directly. While scraping, a web scraper or scraper bot should not violate the terms & conditions of a webpage and avoid collecting information that is not accessible publicly.

Myth 6: Web scraping and Web crawling is the same

Web crawling is a process in which web crawlers also called as spiders or search engine bots browse the web pages for indexing content from all over the internet by following links so that it can provide the relevant information as per the needs and queries of the users. These search engine bots are mainly used by major search engines like google, yahoo, Bing etc

Data Extraction or Scraping , on the other hand, is accessing the structured data with the help of intelligence automation methods.

How Can We Avoid Illegal Scraping?

There is no wrong in extracting the data that is accessible to everyone on the web but you must avoid using the protected data without the consent of the owner because it will be treated as illegal.

Here are some regulations regarding unauthorized web scraping:

If you are not trying to collect the restricted information or data, you are in the safe zone. Terms & conditions differ from place to place, you must be aware where and whose data you are scraping.

We have some points we should keep in mind while web scraping:

I would suggest you to have a look at Newsdata.io for news extraction. Newsdata.io is a News API and a great tool to extract news data from the web. They offer a huge amount of news data that we can access in its news API. They provide data from over 5000 news sources for live breaking news, historical news, top headlines, trends using NewsData.io API and you can collect the data in JSON or Excel Formats.